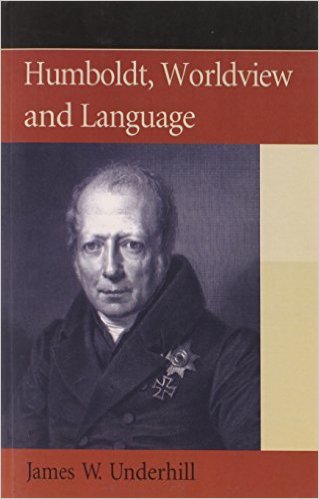 With the loss of many of the world's languages, it is important to question what will be lost to humanity with their demise. It is frequently argued that a language engenders a 'worldview', but what do we mean by this term? Attributed to German politician and philologist Wilhelm von Humboldt (1767-1835), the term has since been adopted by numerous linguists. Within specialist circles it has become associated with what is known as the Sapir-Whorf hypothesis which suggests that the nature of a language influences the thought of its speakers and that different language patterns yield different patterns of thought.
Underhill's concise and rigorously researched book clarifies the main ideas and proposals of Humboldt's linguistic philosophy and demonstrates the way his ideas can be adopted and adapted by thinkers and linguists today. A detailed glossary of terms is provided in order to clarify key concepts and to translate the German terms used by Humboldt.