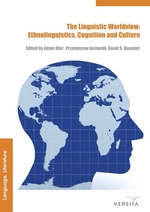 The linguistic worldview or linguistic views of worlds? – The concepts of entwined relation between language and culture explored from the Slavic perspective.

The relationship between language and culture has been debated by philosophers, linguists and social scientists alike. The very notion of the linguistic worldview rose to prominence in the early 20th century, when Benjamin Lee Whorf suggested, that language affects our perception of the world. Western philosophy has been addressing this question at least since the Ancient Greek debate between those who thought that the relationship is natural and those who considered it to be subjective and conventional. In the Middle Ages, realists claimed that words denote concepts that correspond to actual entities, whereas nominalists maintained that concepts only signify names or words. These considerations assumed a more specific form with the growing awareness of the sometimes unbridgeable differences between languages, as expressed by Martin Luther or John Locke.

Versita now brings out an edited collection of papers dedicated to the linguistic worldview as has been defined and developed in the Ethnolinguistic Schools of Lublin (ESL).  Adam Glaz and Przemysław Łozowski, both from UMCS in Lublin, Poland and David S. Danaher from the University of Wisconsin-Madison, USA, showcase the complex intricacies of Ethnolinguistics in the newly released title: “The Linguistic Worldview. Ethnolinguistics, Cognition, and Culture”
The ESL offers a unique perspective on the concept of the linguistic worldview. The book identifies and analyses in a systematic approach well-documented arrays of diverse data, and examines the construct of the linguistic worldview integrating several more “local” notions, such as the cognitive definition, language-cum-culture, point of view and perspective, profiling, linguistic valuation or stereotypes.
Most of the presented material derives from the conference, which was held in October 2011: “The linguistic worldview or linguistic views of worlds?”, giving the book a very up-to-date and methodical approach that will benefit both linguists and cultural scientists. The research builds upon the ESL’s previous work, most significantly the “Aspects of Cognitive Ethnolinguistics” published in 2009, by Jerzy Bartmiński, the central and arguably foremost figure of the movement. The publication remains the only major text on the issue in English, nonetheless, the present Versita volume not only reformulates some of the problems, criticizing to some extent the solutions proposed within the ESL frame; it also aims to fill the gap between the theoretical assumptions and analytical method to stimulate further research in the area.
The book will prove an essential reading to the English-speaking linguistic community, eager to keep abreast with the advancements in Cognitive Linguistics in Central and Eastern Europe. So far, the ESL approach has proven popular in Slavic circles, but it is hoped that the work presented in this volume will win recognition and be endorsed at a global level.
The volume has already drawn high praise from reviewers. Kat Dziwirek from the University of Washington comments on the importance of the investigations of lexical and phraseological clusters advanced in the book, an analysis which shows that, “despite similar etymologies, worlds are understood quite differently in Czech and English.”

Adam Głaz and Przemysław Łozowski both work at the the UMCS in Lublin, Poland,  Department of English. Głaz’s main research interests lie in the applications of vantage theory. Łozowski, recipient of scholarships and grants from the University of Oxford, investigates the notion of language as a symbol of experience in his most recent publications. David S. Danaher, awarded PhD at Brown University is a specialist in Slavic languages. He teaches at the University of Wisconsin-Madison. His research examines questions regarding the culture of dissent in Eastern Europe.